The boys and girls cross country teams competed at the Horry County Championships on 10/14. The day was started with the girls varsity race. The Lady Panthers set the tone for the rest of the meet. Lead by senior Bri Hatfield, the Panthers finished in third as a team. Bri finished 1st place overall with a time of 21:24. The next competitor crossed the finish line 24 seconds later. Finishing second and third on the team were Avery Bender and Kacey Miller. They ran 22:51 and 22:54 and placed 7th and 8th overall respectfully. Ashley Gallitto had a finishing time of 24:17 that was good enough for a 20th place overall. Coming in 5th for the Panthers was Addison Autry with a time of 25:28 and a finish of 28th. Rounding out the varsity squad was Amelia Trotta and Mckenzie Merritt with times of 26:08 and 27:08. The ladies have shown great improvement over the season, and are excited to compete for a region title next week. The lone JV competitor for the Lady Panthers, Stephanie Nassrah had a time of 28:14 and a finish of 15th overall.

The momentum of the day did not end with the ladies. The boys had a strong team performance, with 6 boys in the top 10 finishers and taking home the championship for the third straight year. The Panthers were led by Kade Buchler with an overall time of 16:13 that was good enough for a 2nd place finish. He was rapidly followed by a pack of Panthers led by Sebastian Rivera. He crossed the line in 3rd place overall with a time of 17:03.  Closely following were Nick Mohr, Raymond Nassrah, and Charlie King. The trio ran times of 17:20, 17:28, and 18:00 for consecutive finishes of 5th, 6th, and 7th.  Rounding out the Varsity Panthers were Connor Boyle with a time of 18:14 for a 9th place finish and Tony Mastroberti with a time of 18:37 and a finish of 14th overall. The strong team performances carried into the boys JV race as well. Jeremy Joy, Caden Livinigston, and Presley Burns led the charge for the Panthers claiming the top three spots. Joy had a time of 18:44, Livingston had a time of 18:55, and Burns had a time of 19:07. The JV team scorers were rounded off with Alan Benitez and Clayton Lewis. They ran 19:45 (5th Place) and 19:58 (6th Place). The boys JV won the title for the third year in a row as well. The rest of the Panthers were as follows: 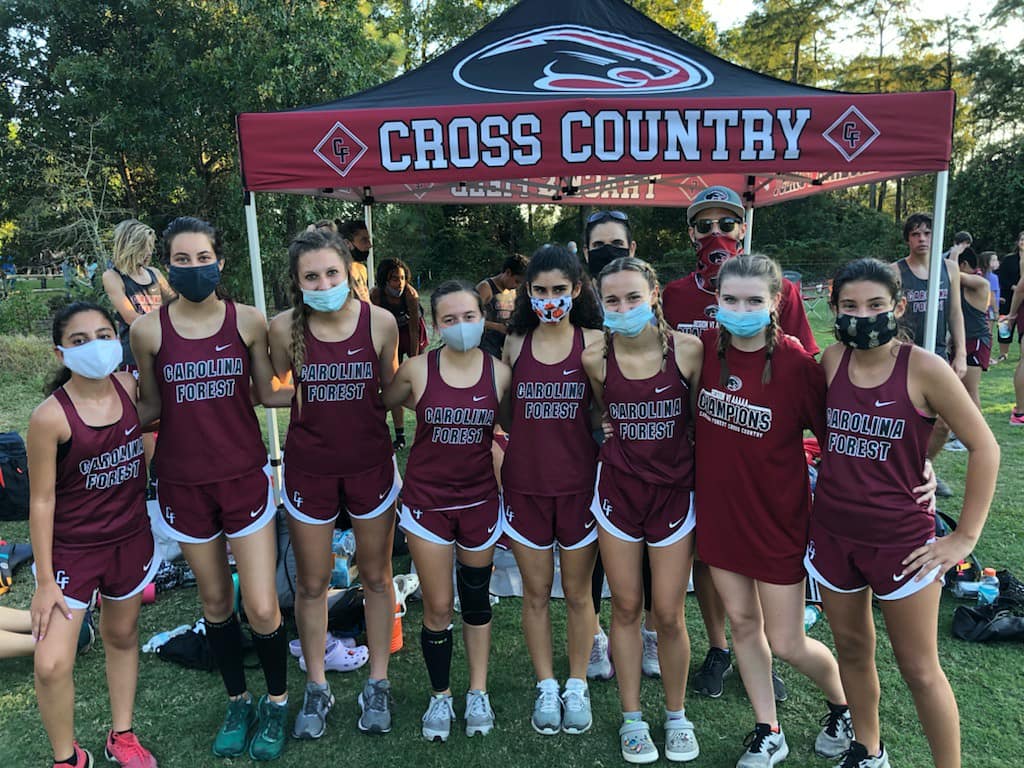 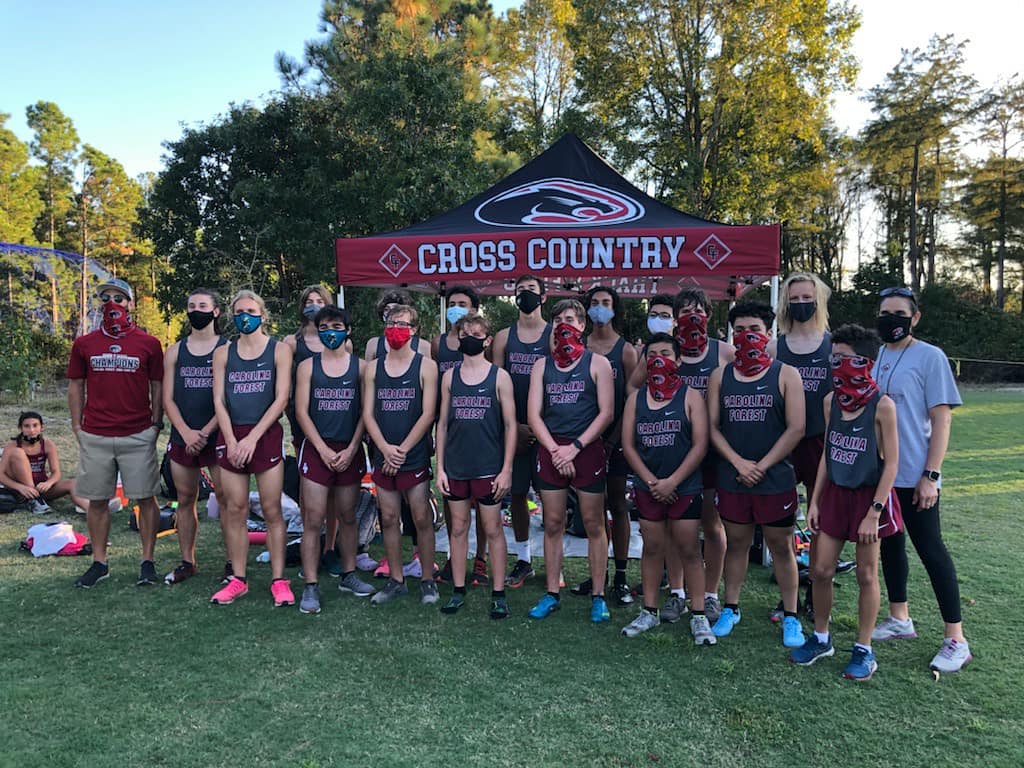