On Friday, March 26, 2021 the South Carolina Basketball Coaches Association (SCBCA) honored student athletes from across the state for their excellent basketball seasons at a banquet held in Columbia at Seawell’s. Highlighting the banquet were four South Carolina Basketball Coaches Hall of Fame inductees who not only thanked those who played a part in their success but offered words of encouragement to the student athletes. A common thread in the speeches were words like work ethic, attitude, relationships, integrity, and focus. Our very own senior guard Corbin Pack was included in those honored. He was awarded a plaque as a member of the SCBCA 5A All State Team and also a plaque signifying his selection to participate in the North-South All Star game. 30 of the state’s top players from all classifications were chosen to play in the game. On Saturday afternoon at Brookland Cayce High School, Corbin put his skills on display as he was tied for the team lead in scoring with 14 points. He made 6/11 shots from the floor including 2 three pointers. He also grabbed 4 rebounds and handed out 2 assists. Corbin represented Carolina Forest very well this weekend. Congratulations on a great career and senior season. 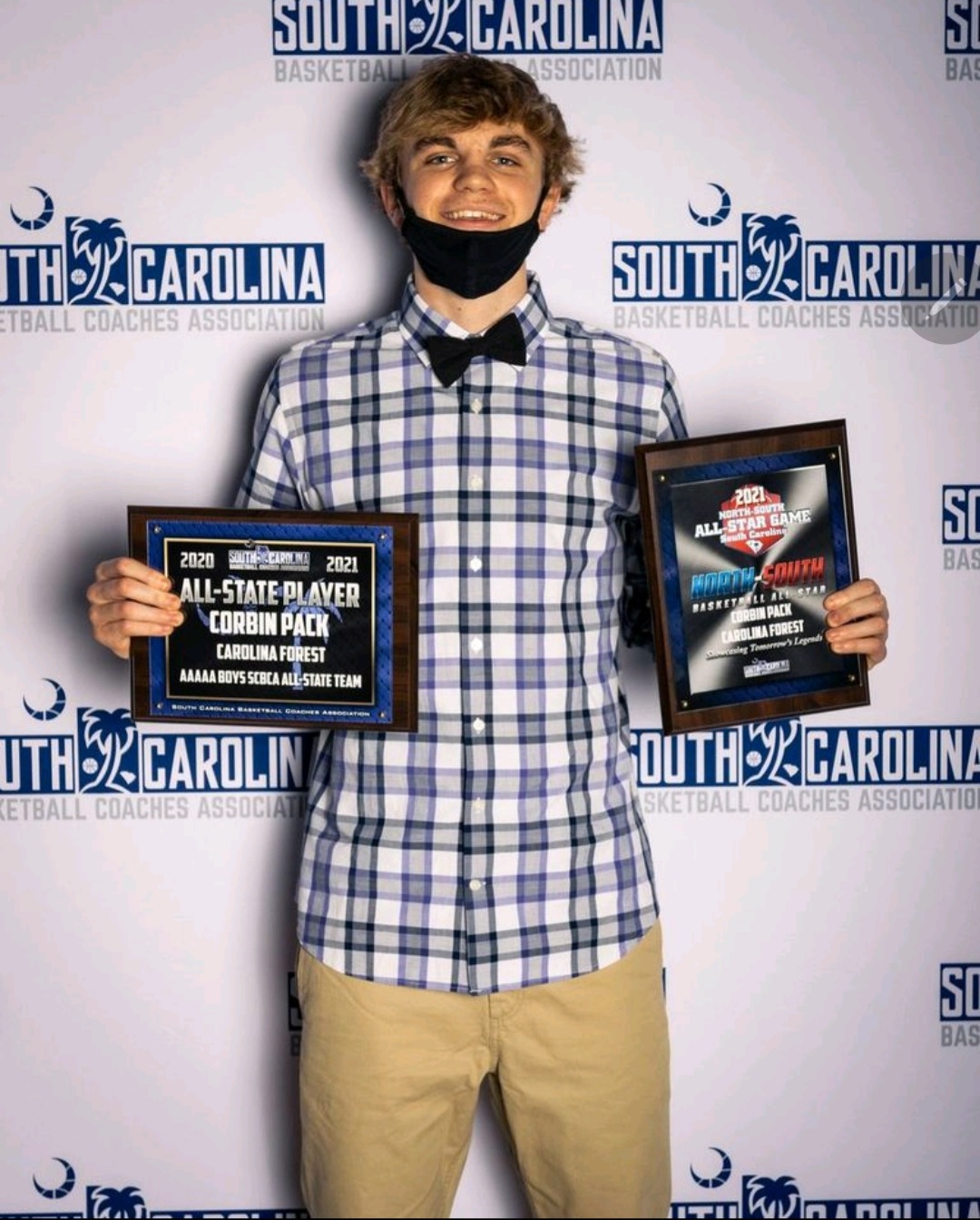 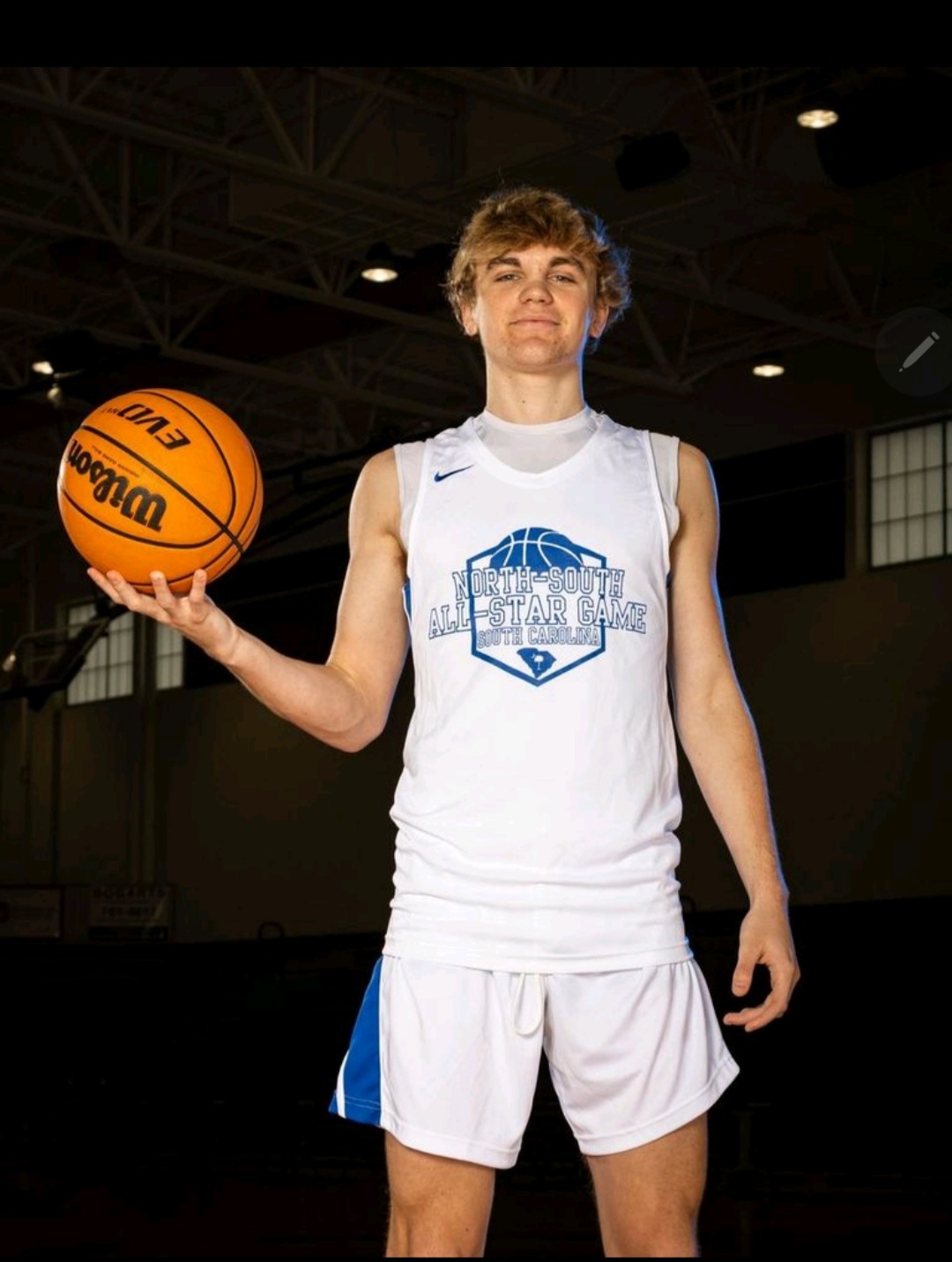