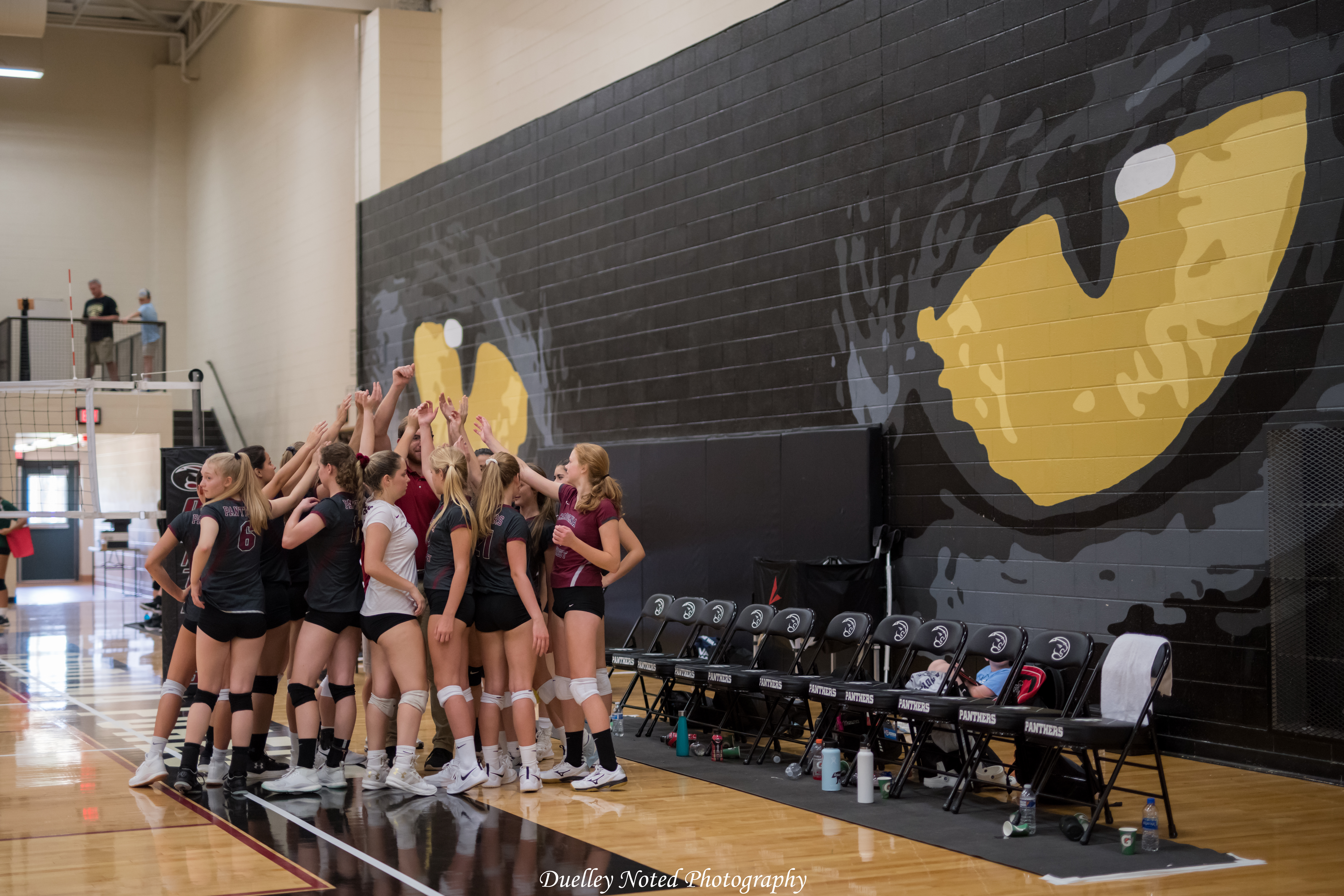 Riding the wave from the success of the 2018 season, the CF Panthers were full of confidence as they stepped on the court to face off against a much improved Waccamaw on Thursday night looking for their first win in the 2019 season opener. Waccamaw had other plans in mind. After going up two sets to none, the Lady Panthers were on the ropes. Then, in true form, Carolina Forest came storming back in the third set to take a commanding lead…until tragedy struck. Team captain and setter, Avery Campbell went down with an ankle injury late in the third set. The outlook was bleak, but this team knows how to overcome adversity. Senior co-captain Ellie Atkins stepped up to take the role of her fallen comrade, and with a few clutch plays from both Kayla Watts and Kayla Clayworth, forced a fifth and deciding set. Battling through the very last point, the entire CF team left their hearts on the floor, and came up just short in their 2019 debut. The team will have a chance to redeem themselves as they travel to Coastal Christian Academy next Thursday.