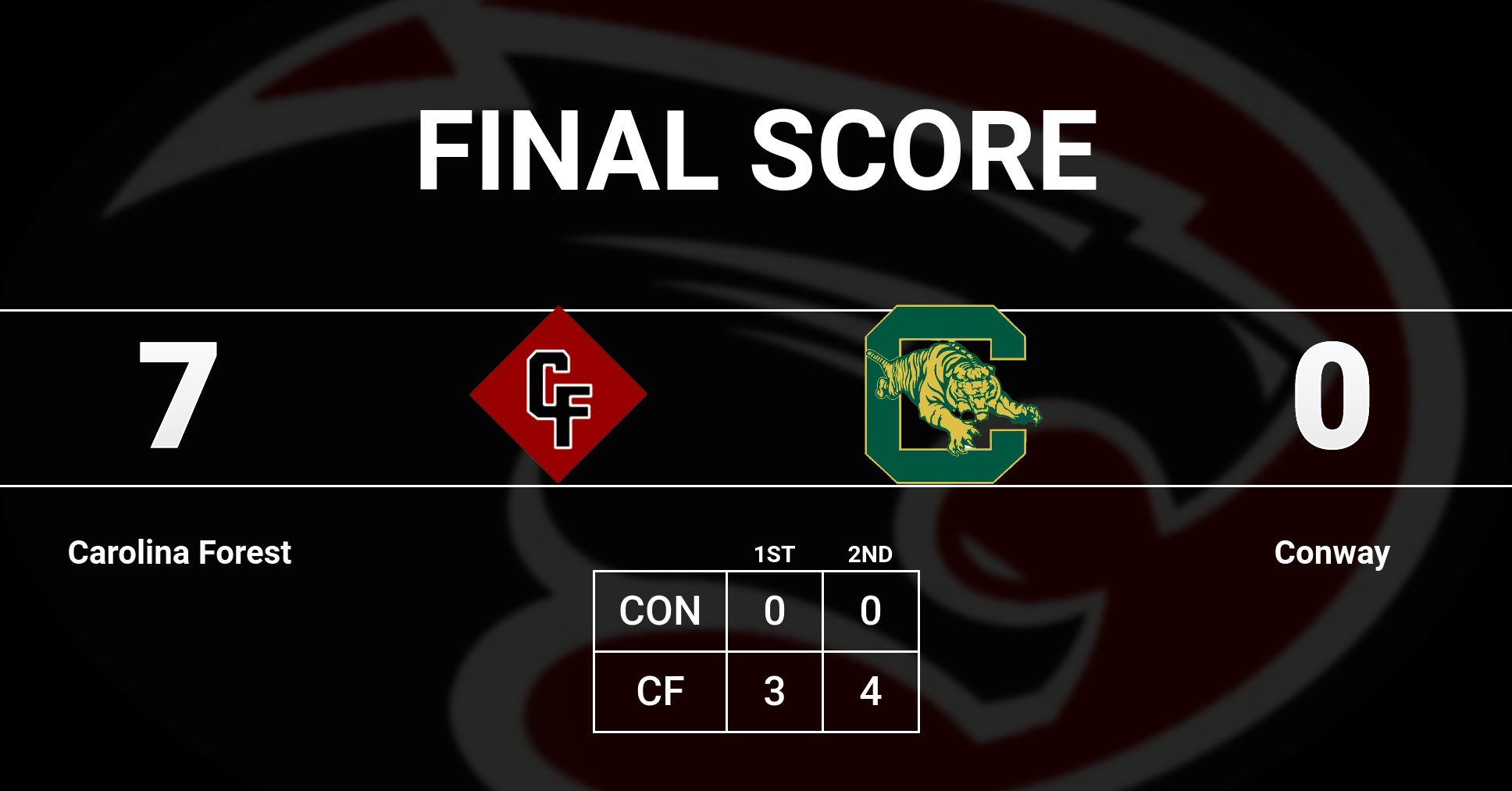 Friday night was our Senior Night at Conway. Since we don’t have a true home stadium this year Conway was nice to allow us to use their stadium for our match tonight. We were able to celebrate our 11 seniors and send them home with a victory over Conway. We started this match off better than the match we played against them on Tuesday which was a great sign! Our first goal was scored by #10 Kacey Miller assisted by #6 Shannon Felker. The second goal was scored by #4 Abi Bullock assisted by #6 Shannon Felker. The third goal only came minutes from the second this one scored by #3 Lexi Lilly on the header assisted by #6 Shannon Felker. #6 Felker was an assist magnet in the first half but then hurt her ankle in the second half. We kept our seniors in the entire game just switching up some positions for some of them to be able to score some goals! In the second half some of our starting defenders got in on the scoring action. First goal of the second half was scored by #12 Gabby Giracello assisted by #14 Ally Niles. The second goal of the half was also scored by this pair! They work well together in the defense and the offense! The third goal of the second half was scored by #14 Ally Niles which was a deflection off the goalie after #16 Angelina Bourcier shot the ball. Way to be in the right spot at the right time! The last goal of the match was scored by #10 Kacey Miller assisted by #2 Reilly Ward. It was nice to see players get the chance to play in new positions and for the seniors to be able to have some fun on their senior night match. We play at Sumter Tuesday 3/30 and home versus Sumter Wednesday 3/31.