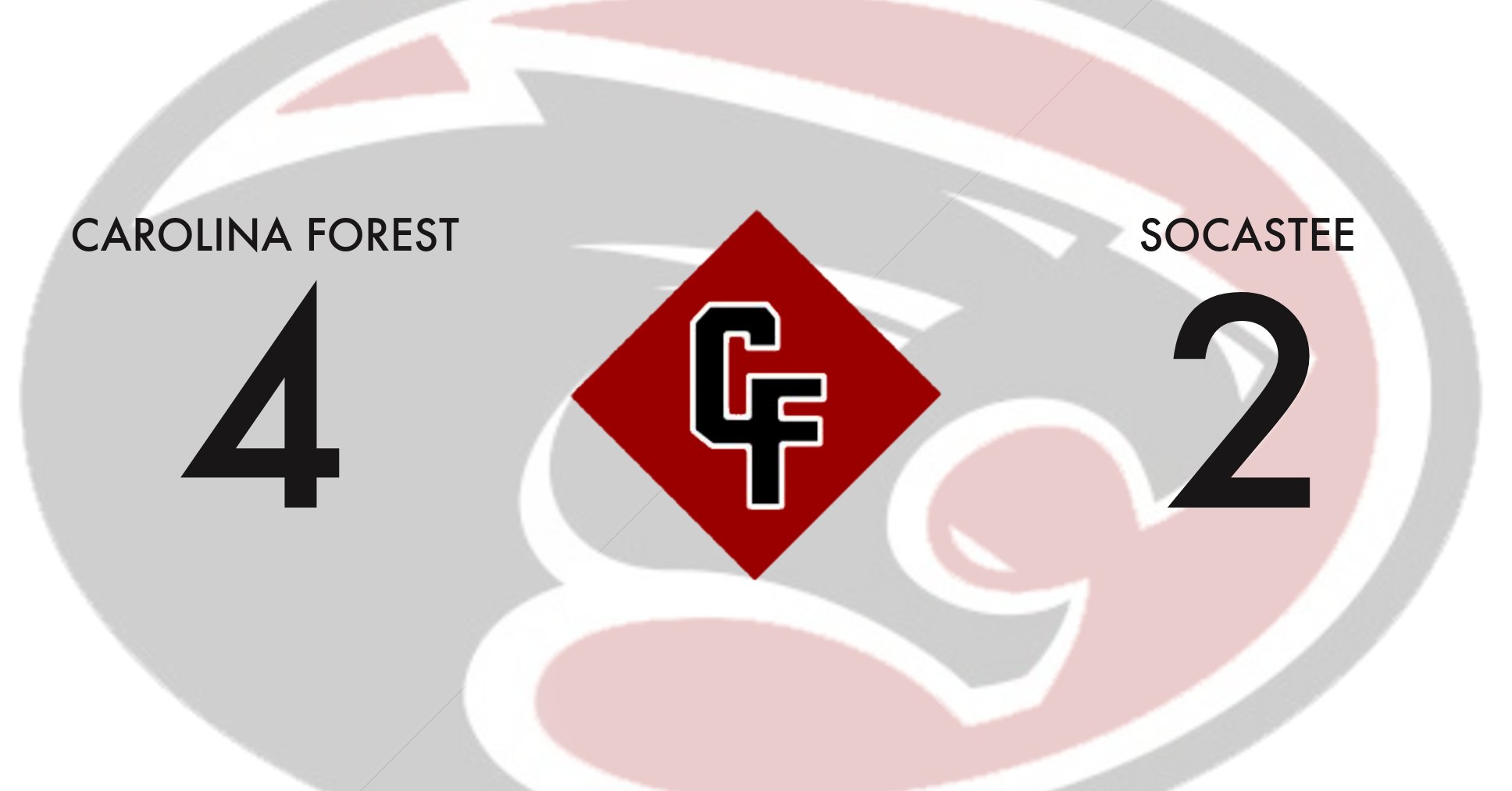 The Panthers traveled down the road to take on the Socastee Braves in the second region game of the season. The game started out with Carolina Forest on their heels and a lot of pressure from the Braves. They were able to get a foul called in the box which lead to a penalty kick within the first 10 minutes of the match. Our keeper did her best but was unable to stop the free kick. Socastee went up 1 – 0. This was the moment where the Panthers needed to restart the game and get ready to play. They were able to tie the match up within the next 3 minutes. Carolina Forest’s first goal was scored by #3 Lexi Lilly assisted by #4 Katie Kulick. Both of these young ladies are our captains this year as well so it is great to see them work so well together. Now that the match is tied back to 0 – 0 and the Panthers were ready to get after the Braves again. We really put the pressure on the rest of the way in the first half, finding three more goals. The second goal was scored by #3 Lexi Lilly on a great left footed pass from #15 Emma Hamilton. The third goal of the night for the Panthers was scored this time by #15 Emma Hamilton assisted by #2 Reilly Ward. This was pay off for her great feed to Lilly on the previous goal! The last goal for the half was a hat trick for forward #3 Lexi Lilly assisted by #10 Kacey Miller off a corner kick. This corner kick was a thing of beauty where Miller was able to find the back post and Lilly headed the ball right into the back corner of the net. Great teamwork ladies! Halftime score 4 – 1 Panthers. The score didn’t show how well Socastee was playing in the first half so it was nice to come away with 4 goals. In the second half the Braves were able to get a second goal again off a penalty kick to make the game 4 – 2 with 18 minutes to go. There were a couple more good chances for both teams but were able to end the game at the final score of 4 – 2. The defense played solid after giving up the first early lead in front of keeper #14 Ally Niles. Defenders were #4 Katie Kulick, #13 Maddie Zettergren, #12 Gabby Giracello and #19 Kayla Magee. #4 Kulick and #12 Giracello were able to play up tonight and get some action at center forward as well. Region record is 2 – 0 for the Panthers!