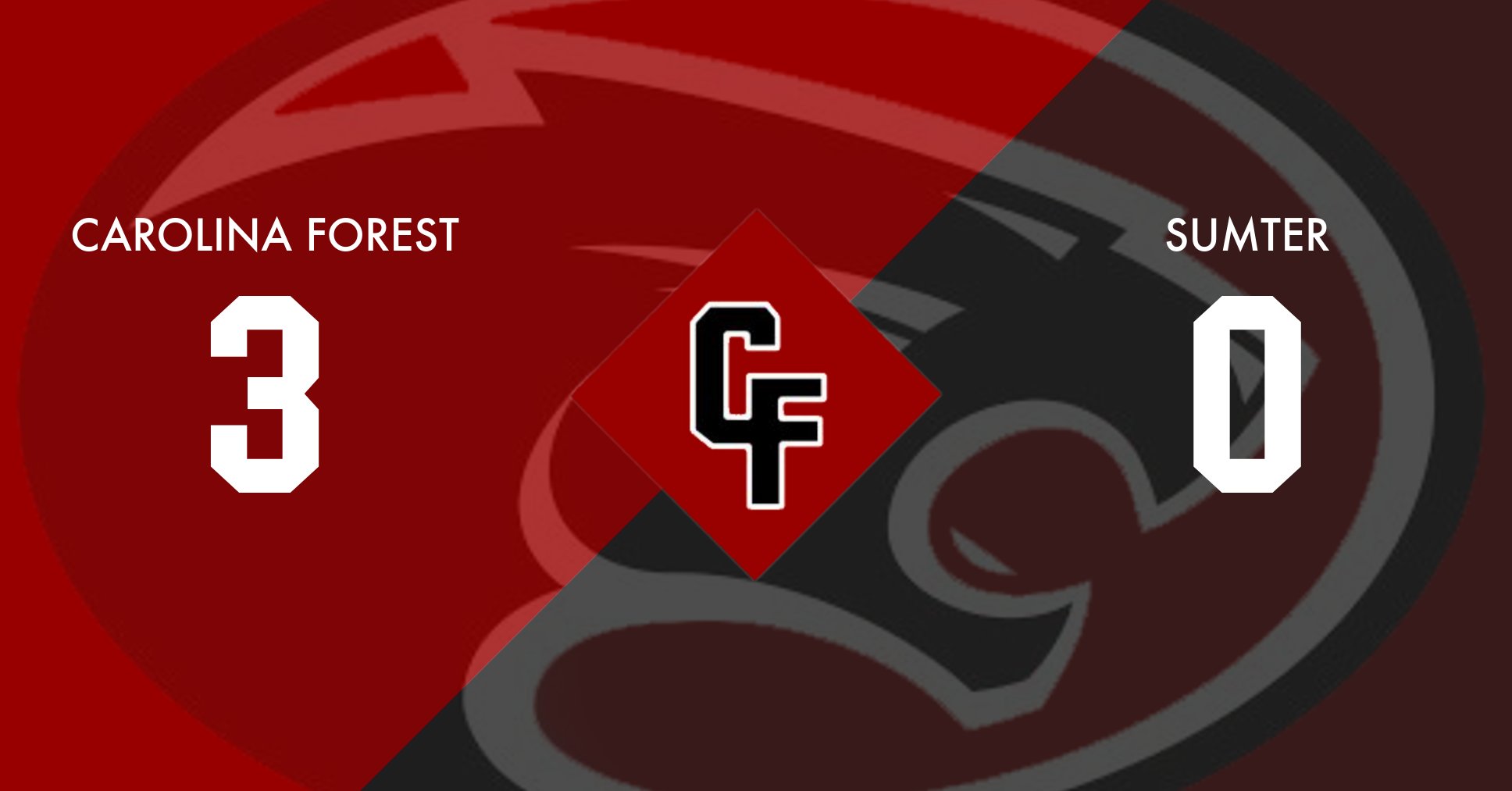 Tonight was our second match up against the Sumter Gamecocks and with the weather coming in we found a way to win 3 – 0. It was a slow start for the Panthers as the Sumter Gamecocks started off with pressure much like last night. We finally started to get some sustained pressure on their defense and found the back of the goal with our first goal of the game scored by #3 Lexi Lilly assisted by #15 Emma Hamilton. We had so many more chances in front of the goal but were just unlucky on some shots or just couldn’t finish on the shot. The halftime score was 1 – 0. The panthers were able to create some great looking plays but just couldn’t seem to score. The second half was better on the attack but still just unable to connect on those shots. We were able to score a second goal again by #3 Lexi Lilly assisted by #2 Reilly Ward. The third goal came soon after some heavy pressure from the Panthers. The ball was sliding across the field from the right to the left when #15 Emma Hamilton was coming onto the ball and leaned forward to score assisted by #17 Jesse Parrott. Our starting defense once again held the game scoreless for the other team and helped create many options for the offense. Great region win, ladies!