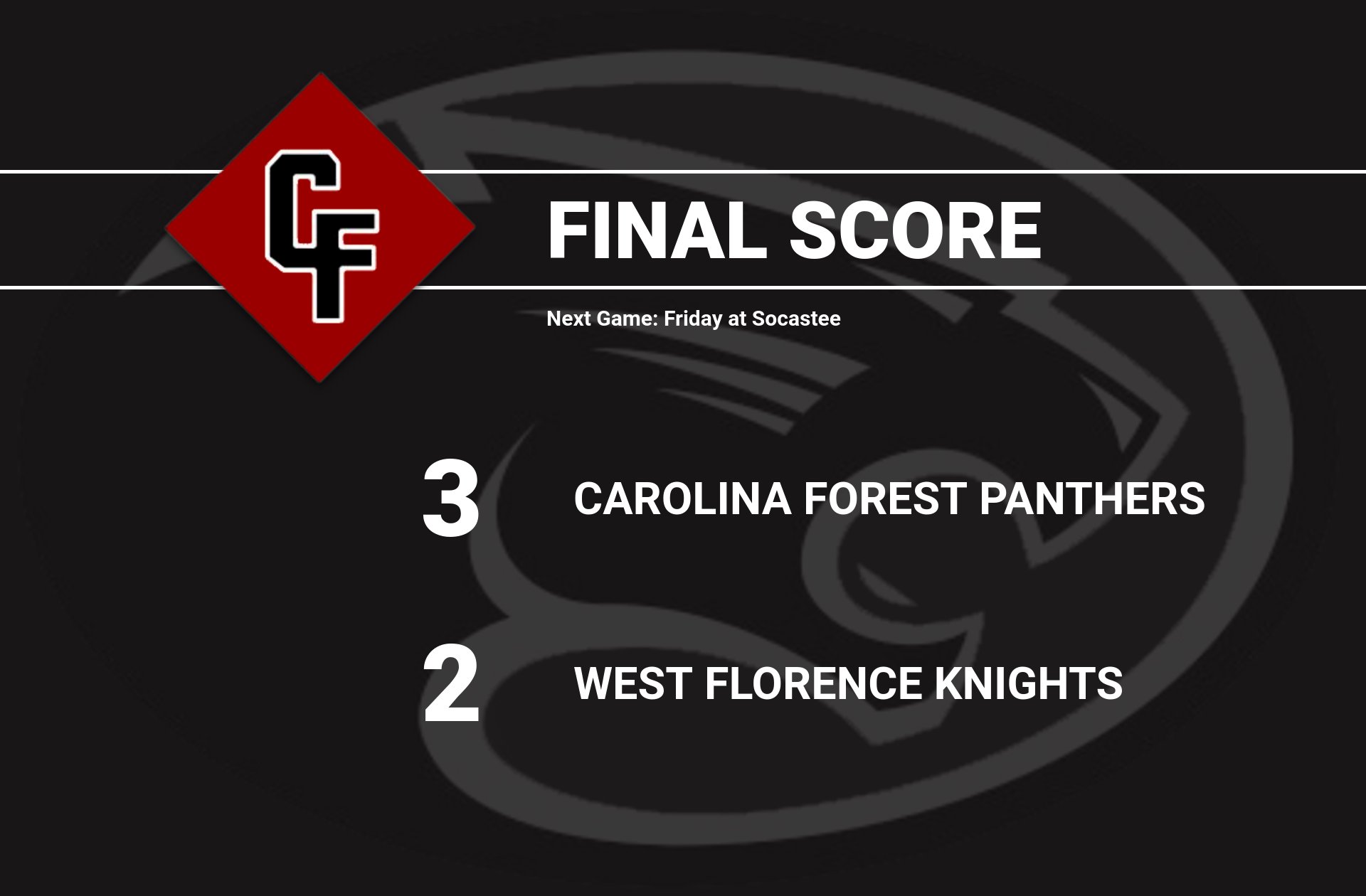 Carolina Forest played West Florence for the first game of region play last night and won 3-2! The West Florence Knights are always a hard opponent and this game was not different. In the first half, the Panthers seemed to keep the ball on their side of the field for most of the first 40 minutes. We were able to draw first blood when #11 Sidney Croland found the back of the net assisted by #5 Gianna Pavone. The Knights were able to tie the game before the half when a penalty was called on a defender and they were able to have a free kick. The halftime score was 1 – 1. Carolina Forest played a solid first half so we were pretty confident at halftime because we knew that we were playing a great game so far. The second half started off alot like the first half with the Panthers keeping possession on their half. West Florence was able to take the lead about 12 minutes into the half on a play where it seemed the Knights player was offsides. This was the time the Panthers needed to step up and dig down deep to keep fighting. They did just that! About 10 minutes after the Knights took the lead we were able to tie the game at 2-2. The Panthers second goal was scored by #3 Lexi Lilly assisted by #11 Sidney Croland. This is the moment with 18 minutes to go in the match where it was everything they had and leaving nothing on that field. We had some good pressure on the Knights towards the end of regulation when #15 Emma Hamilton crossed the ball to the back post where #11 Sidney Croland was there to head the ball into the back of the net! The last 5 minutes were a little chaotic since West Florence was putting the pressure on our defense. There was a moment that our defense and keeper had some great saves and blocks to keep the ball out of the net. The final score was 3 – 2. This was the first game in the region so to get the win is a great feeling!! Our defense gets a loud shout out for keeping the Knights to two goals especially late in the game. Our defenders are #4 Katie Kulick, #13 Maddie Zettergren, #12 Gabby Giracello, #19 Kayla Magee and keeper #20 Meadow Myers. Next game is at Socastee Friday night at 7:30pm.