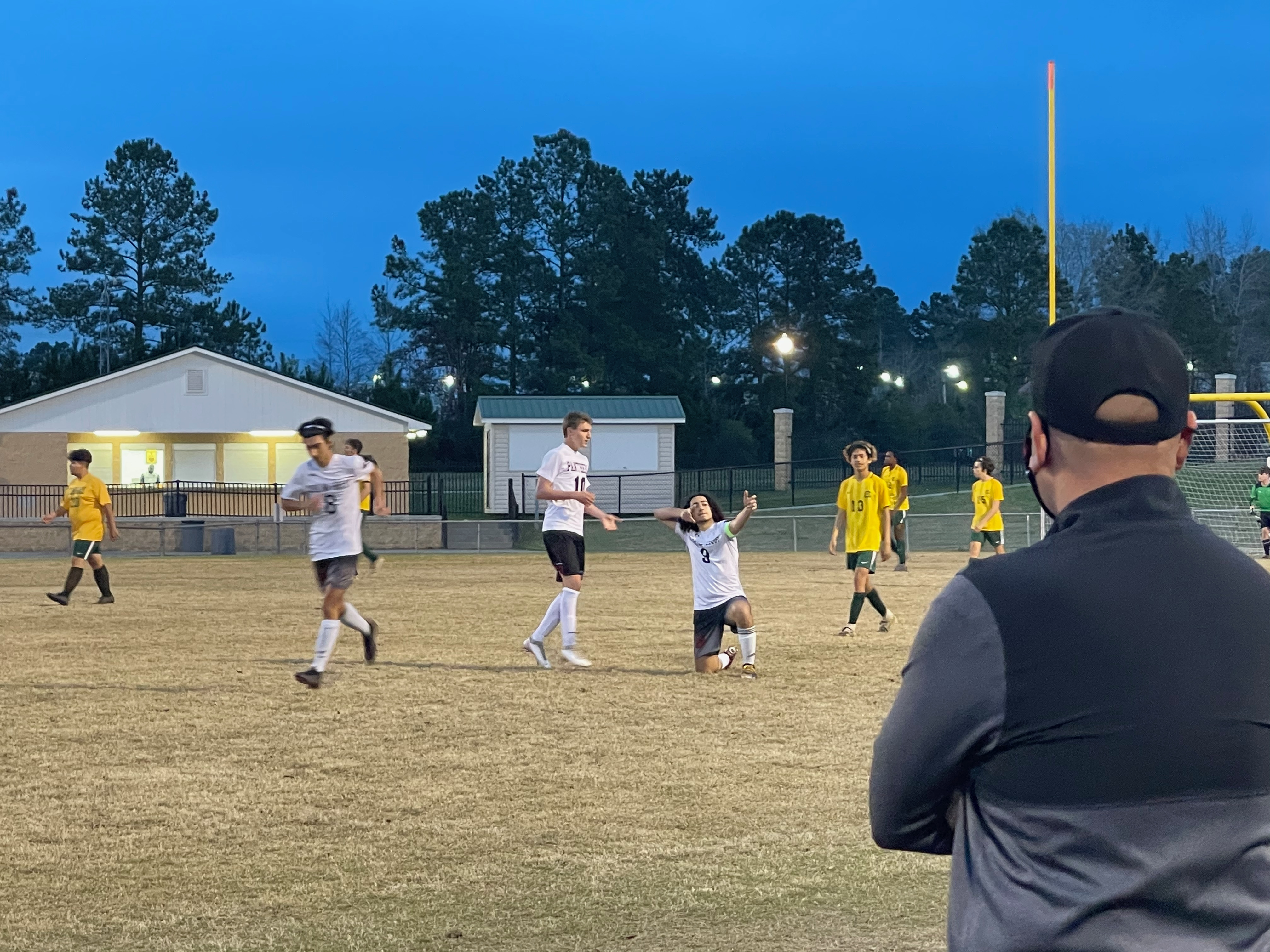 Normally being 1st place this early into Region VI play wouldn’t mean a lot. After the CFHS Men’s Soccer Panthers swept Conway High School by a combined score of 21-1 in their two matches this past week, and St. James beat Socastee on Friday night on a last minute goal, the Panthers are the only undefeated team in region play and stand alone in 1st place. The reason this is significant is the year 2014. Barack Obama was President; “Happy” from Pharrell Williams was the song of the year; the Seahawks beat the Broncos in the Super Bowl; and Socastee High School has remained in 1st place- and undefeated in Region VI play- since 2014. Until this week when the CFHS Panthers took over that spot.

Now the key will be to hang on to it. CFHS will face Sumter in two tough matches this week. Then following Spring Break it will be back to back weeks with two matches each against Socastee and St. James. But for now- it feels great to be top of the table.

Both matches against Conway were runaways right from the opening kick. On Tuesday at Conway Senior Striker Leean Shitrit returned from quarantine and scored 5 goals in limited playing minutes during the Panthers’ 11-1 victory. Congratulations to Leean for “Man of the Match” honors in Tuesday’s game. Other scorers on the night for CHFS were Philip Rauhut with 2 goals; Tal Levi with 2 goals; Leo Lopez and Johnny Carranza each had a goal (this was Johnny Carranza’s Varsity debut and his first Varsity goal).

On Friday the Panthers picked up right where they left off on Tuesday. Jackson Eller started the scoring with a header in the 2nd minute; and then Leean Shitrit put another in the back of the net just 20 seconds later. Later in the first half, during a 5 and a half minute span, Freshman J.J. Chadick scored 4 goals in a row to put the match away. Wendell Oliveira, Cody King, and Gabe Morazan also found the back of the net. With a 10-0 lead at the half, and rain falling at the North Myrtle Beach Sports Complex, the match was halted immediately after the 2nd half opening whistle blew. The match was official and the Panthers now look toward Sumter. Congratulations to J.J. Chadick on “Man of the Match” honors with his 4 goal performance.

On the JV side the Panthers set the tone for the Varsity with two dominating victories over Conway’s JV team. Head Coach Brian Smith named Freshman Haley Dilday the “Man of the Match” in Tuesday’s victory at Conway. Haley had two goals, including scoring directly off a corner kick. On Friday night at North Myrtle Beach, Freshman Kevin Beni had a hat trick on the night and earned “Man of the Match” honors. Check the CFHS Men’s Soccer Instagram feed for video of all 3 of Kevin Beni’s goals, as well as Haley’s from Tuesday.